John Sutton was a longtime member of CSEP (formerly CASS) and an indefatigable exercise scientist, who passed away in 1996. Starting in 1997, every CSEP AGM has featured a memorial lecture in his honour.

For the John Sutton Memorial Lecture terms of reference, please visit this page.

Below is a list of presenters of the John Sutton Memorial lecture, followed by a memoir of John.

The Canadian Society for Exercise Physiology is committed to equity, diversity, and inclusion in all aspects of the Society’s business. This includes, but is not limited to, applications for membership, awards and grant review, and employment and volunteer positions. CSEP welcomes applications and participation from women, members of racialized groups/visible minorities, Aboriginal persons, persons with disabilities, persons of any sexual orientation, and persons of any gender identity or gender expression. In its commitment to equity, diversity and inclusion, members of the Society, its committees and employees and/or any award/grant recipients are expected to uphold the same policies in their work related to the Society. 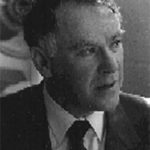 John Sutton, a prominent exercise scientist, well known personality, outdoor adventurer and longtime member of CASS and CSEP, died of a heart attack on February 7 in Australia. John graduated from the University of Sydney Medical School in 1965, where he won the Robin May Graduating Prize for leadership and academic excellence. After walking and hitchhiking across India, Nepal and China, John returned to Sydney to begin his residency at St. Vincent’s Hospital and became a Research Fellow in 1967. In 1972 he came to Canada on a Royal Australian College of Physicians Overseas Fellowship to work with Moran Campbell and Norman Jones at McMaster University. Although his appointment was to have been for two years, he stayed for 17 before returning to Cumberland College at the University of Sydney in 1989. During his time in Canada he became a Professor in the Department of Medicine and an associate member of the Department of Physical Education at McMaster and established himself as a leader in exercise science and sports medicine throughout North America and around the world.

John was an excellent and intuitive scientist with a wide range of research interests. He was one of the first investigators to characterize endocrine responses to exercise and the medical problems associated with exercise under extreme temperature conditions. He popularized the Bergstrom needle biopsy technique in Canada, and with colleagues at McMaster and Waterloo, was co-investigator in a number of benchmark studies in muscle metabolism. There is little doubt, however, that the research area dearest to John’s heart was the study of altitude hypoxia, an interest that took him on expeditions to mountain tops in the Andes and Mount Logan in the Yukon. He was the driving force behind the Operation Everest II research study, which is universally recognized as the most comprehensive investigation of human function and adaptations under conditions of severe hypoxia. Sponsored by the Arctic Institute of North America and the U.S. Army Research Institute of Environmental Medicine and involving dozens of scientists from Canada and the U.S., this study utilized a decompression chamber to simulate a climb to the summit of Mt. Everest. Conducted in 1986, it has spawned scores of publications which have greatly advanced the frontiers of our knowledge of high-altitude physiology. John’s scholarly achievements include more than 300 research papers, 9 books and over 60 book chapters.

In the area of professional contributions, John was a human dynamo. He was a flamboyant and shameless promoter of exercise science and sports medicine and was instrumental in organizing such conferences as the first International Conference on Exercise, Fitness and Health (Toronto, 1988), the 7th International Biochemistry of Exercise Conference (London, Ontario, 1988) the XXXI Committee World Congress on Sport Sciences (Colorado Springs, 1989), the annual Ontario Sports Medicine Conferences (Toronto, 1985-1989) and, of course, the biannual Hypoxia Symposia which began in 1981 (Banff and Lake Louise). He was an active and highly visible presence in CASS and ACSM and was president of ACSM 1986-87. While in Canada he served on innumerable committees for CASS, CASM, the OMA and ACSM and was on the editorial board of dozens of professional journals.

In spite of his impressive scientific and professional accomplishments it is John Sutton, the person, that we will probably remember most. He was the consummate showman who wasn’t above irreverently quoting some Robert Service poetry or showing a slide of a mountain scene to spice up a lecture or presentation. He was a passionate traveler and outdoor-exercise enthusiast. He competed in a number of marathon races, including London and Boston but was happiest when he was pitting himself against extreme elements – the Montebello Ski Marathon at -35oC, the Simpson Desert Cycling Race at +40oC or the top of a 5000 m peak in Chile.

He was a modern renaissance man who appreciated history and music, was a connoisseur of good wines and loved a party. But above all, he was devoted to his family, and all of our sympathies go out to Yvonne and his daughters Caroline, Dianne and Joanne.

All of us who have known him will miss his hearty laugh, his enthusiasm and infectious good humour and his larger than life presence. In his 54 years he succeeded in cramming in more enjoyment, more accomplishments, more travelling and more friends than most of us could in several lifetimes. Perhaps as one of his colleagues so aptly put it, John Sutton was never meant to grow old.

The CSEP would like to extend their appreciation to Duncan MacDougall for preparing this memoir.