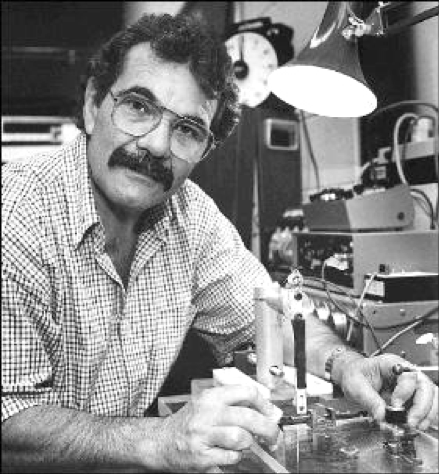 Enzo Cafarelli, York University Professor Emeritus/Senior Scholar passed away following a courageous battle with cancer in February 2016, at the age of 74. Over the course of his career, Enzo has investigated neuromuscular adaptations to fatigue, resistance training, endurance training, caffeine, and pathologies such as diabetes and muscular dystrophy and has contributed significantly to our understanding of the central and peripheral inputs that alter motor unit behavior and the voluntary activation of muscle. This work has resulted in over 55 research articles that demonstrate the acute and chronic adaptations of the neuromuscular system. Enzo has shared this knowledge with undergraduate students in physiology courses at York University, graduate students in his laboratory, and with his colleagues.

As a graduate student advisor, Enzo went well beyond providing technical skills, knowledge, encouragement, and motivation to complete a degree. His lab was the model of an ideal research environment. It was organized, productive, and structured without being inflexible. Students in Enzo’s lab were expected to work hard and to function like a team and not a hierarchy. Just as importantly, Enzo demonstrated the importance of balancing research and hard work with family, friends, and life outside the lab. He was a mentor in every sense of the word, acting as both an advisor and an advocate to his students and to young investigators beginning their careers. At CSEP conferences, Enzo could be found talking to students and new investigators at posters, in presentation halls, and over a drink at the end of the day. Always willing to listen to a problem, offer advice, and discuss new ideas, it was obvious that Enzo was a dedicated mentor to the future scientists and educators of CSEP.

The purpose of the CSEP Mentorship Award in Honour of Enzo Cafarelli is to annually recognize a Professor or Advisor in the Exercise Science field for their dedication and mentorship to their students and/or their faculty.

The recipient will be a Professor at any stage in their career who functions as an exemplary mentor to graduate student trainees and/or young investigators in the field of exercise science/physiology in a recognized Canadian institution within the last three years of nomination.

Nominations are open to any CSEP/SCPE member in good standing. The nominations should be in the form of a letter, brought forward and signed by minimum of 3 (three) CSEP Student members, and should include a rationale in support of the individual nominated. Letters can be faxed, emailed or mailed to the CSEP Office prior to July 31.

The recipient shall be chosen by the CSEP Member Services Committee.

Format of the Award:

The recipient shall receive complimentary CSEP Annual Conference registration for him/herself plus a Graduate Student and a citation suitable for framing. In keeping with the sentiment of this award, the award shall be presented at an annual event held in conjunction with the CSEP Annual conference. Acknowledgement of the award and it’s recipient will be announced at the AGM Banquet.

The Canadian Society for Exercise Physiology is committed to equity, diversity, and inclusion in all aspects of the Society’s business. This includes, but is not limited to, applications for membership, awards and grant review, and employment and volunteer positions. CSEP welcomes applications and participation from women, members of racialized groups/visible minorities, Aboriginal persons, persons with disabilities, persons of any sexual orientation, and persons of any gender identity or gender expression. In its commitment to equity, diversity and inclusion, members of the Society, its committees and employees and/or any award/grant recipients are expected to uphold the same policies in their work related to the Society.